When the Mazda B-Series pickup line was imported to the U.S. in 1972, it filled a need that most Americans didn’t even know they had. While compact, Mazda’s line of trucks still packed a punch hard enough to leave a sizable dent in the auto industry. After an unceremonious exit from the marketplace in 2009, many people miss the B-Series - including us. 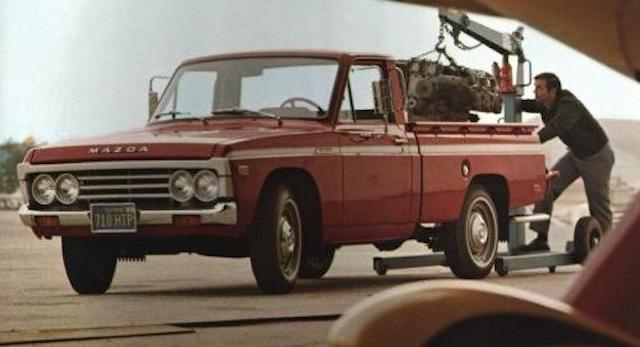 Though Japanese production of the B-series began in 1961, the U.S. didn’t get a taste of the compact truck until 1972. A big draw of the first-generation of B-Series trucks was the rotary engine, a first for pickups. Renowned for their affordability (the original cost was just over $3,000 or around $17,000 today), fuel efficiency, and work power, the first generation’s 4-cylinder Wankel engine was able to haul as much as the domestic ½ ton trucks of its day. 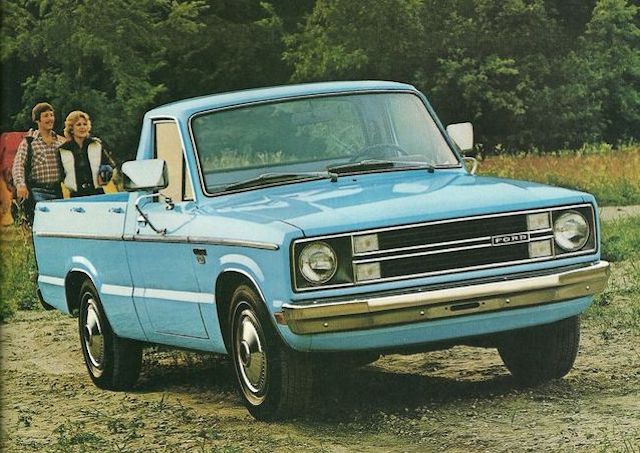 The second generation of the B-Series was as popular as ever, selling 119,127 trucks in 1984 alone. However, due to a partnership with Ford, B-Series trucks were rebadged as the Ford Courier.

Are you ready for something that’s special?

That’s what James Garner asks in this 1986 commercial for the B-Series. For the third generation of its compact truck, Mazda invested $100 million into redesigns for the North American market. The truck still had a 4-cylinder engine, but the displacement grew to 2.6L. 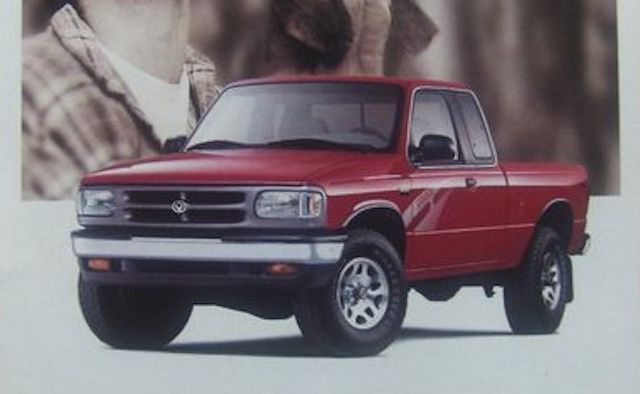 The 4th generation B-Series trucks were a joint effort between Mazda and Ford and saw the engine grow to 6 cylinders. Now produced at Ford’s Twin Cities plant in Minnesota, the B-Series and the Ford Ranger were officially merged. At this point, B-Series trucks were pretty much Rangers, just with a different body.

Why Did It End?

All good things come to an end. Unfortunately, Mazda needed a partner to continue the B-Series production, and Ford’s lack of interest made it financially impossible to continue operations. At the time, Mazda just didn’t have the resources to develop another truck platform.

The other issue was that the B-Series was about as fuel-efficient as much larger trucks (like the F-150), which cost only slightly more and offered much greater capability:

Why We Miss It

After 37 years on the market, it was sad to see the B-Series pickup dropped from Mazda’s lineup in 2009. During its heyday, the B-Series offered a nimble, fuel-efficient ride that could hold its own off-road. With Mazda engineering and quality, the B-series was a reliable vehicle for work and play.

Mazda's trucks also helped to define the "compact truck" that many truck buyers fell in love with back in the 1970s and 1980s. While the last generation of the B-Series was considerably larger than the B-Series of the '70s and early '80s, it was still much smaller (and more driveable) than the full-size trucks of the time.

Could The B-Series Return?

When Mazda dropped the B-series in 2009, the conventional wisdom was that the mid-size truck market was dead. We've written about the beloved truck here and here. Ford, GM, and Ram had done their best to make their full-size trucks affordable and driveable, killing interest in mid-size trucks in the process.

However, a recent resurgence of interest in small trucks:

This suggests that there might be a market for a new generation of B-Series trucks. If Mazda can return to its roots and offer a compact Mazda truck that's affordable, sporty, and reasonably capable, they should find success.