You haven’t lived until you’ve seen a 1972 Toyota Hilux powered by a modern Mazda Miata engine.

Yes, such a thing exists, and it’s in Birmingham, England. Before you book a flight to England to check it out, keep reading. We have all the photos and details you’d ever want about this eclectic build right here! 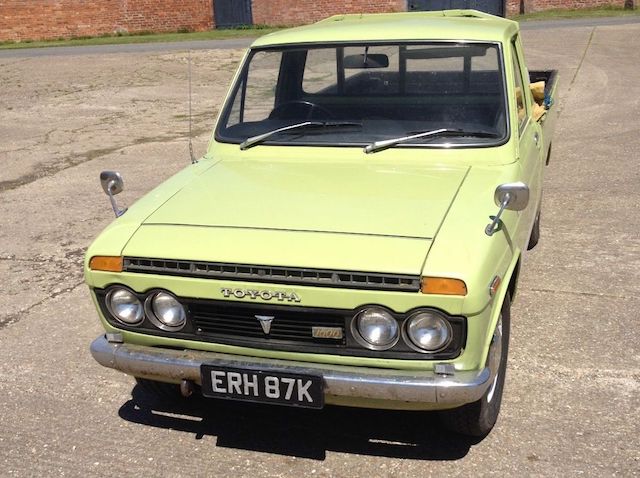 This build took place at Driftworks, a parts shop in Birmingham. Its owner, James Robinson, was the mastermind behind this project. He wanted a fun and funky truck that was strong, fast, and reliable enough to take for a spin (and to do a few “cheeky skids”) on a daily basis. He found the perfect truck: a 1972 Toyota Hilux pickup that was imported from South Africa. 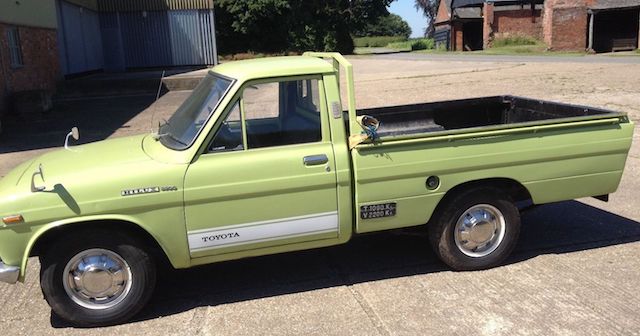 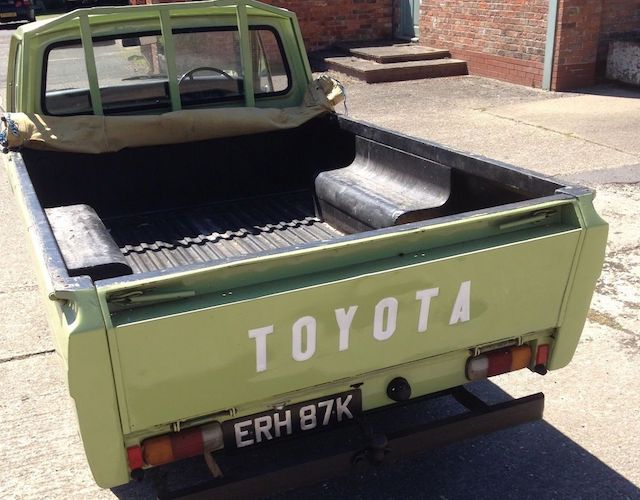 When James got the truck, he felt that it didn’t produce enough power, as the stock 1.6-liter 12R four-cylinder engine topped out at a measly 88 horsepower. He set out to find a much better engine to power his special project, and he eventually spotted the perfect one: a 1.8-liter inline-four engine from an NB Mazda Miata. 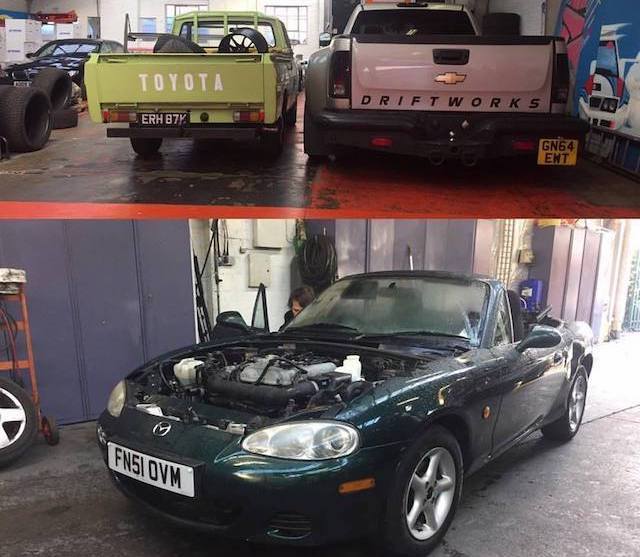 James installed a Subaru TD04 turbocharger, so this little truck is pretty powerful. He wrote that it should push over 200bhp. He was pleased with his decision to go with an MX-5 engine, as he called it a "fun and reliable solution". 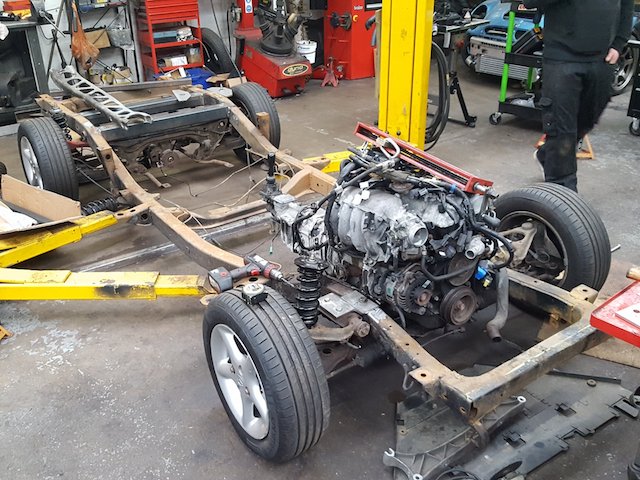 The swap process was lengthy. James and his team began by dropping the chassis into the MX-5 subframe and it turned out to be a nearly perfect fit! The track width of the MX-5 suspension was a few inches wider than the original Hilux suspension, but they didn't think it was a problem. They had to alter the subframe, body, and suspension system a little bit to accommodate the Miata engine and to ensure a perfect fit all around. 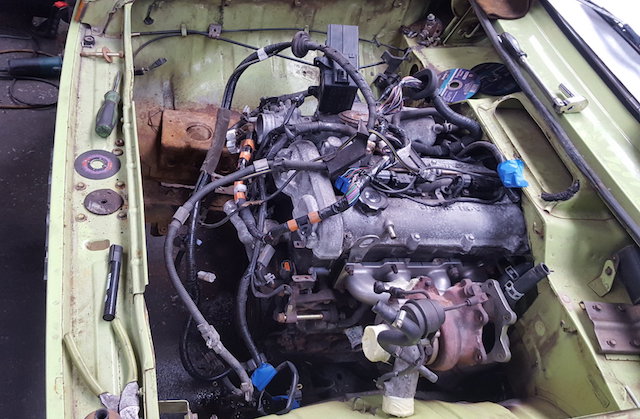 Ta-da! The engine is in!

Extra Parts In This Hilux

Not only did James swap the motor, but he also installed the following parts:

Most of the major work is done, but the truck still has a long way to go. James has grand plans for the interior, which needs a lot of work. For instance, he wants to install bucket seats and a retro-looking stereo. He also wants to add a Torsen rear differential to assist with drifting, and he needs to figure out a way to fit the wheels under the Hilux body to allow for proper driving and drifting.

James has been continually posting updates on this project on his forum, where a lot of people are waiting with bated breath to see this funky little truck in action with a Miata engine. You should bookmark the forum and check back periodically for updates (and eventually a video of the truck and motor in action!)

And if you like Mazda pickup trucks, check out this article on the B-Series trucks on the Real Mazda Parts blog.