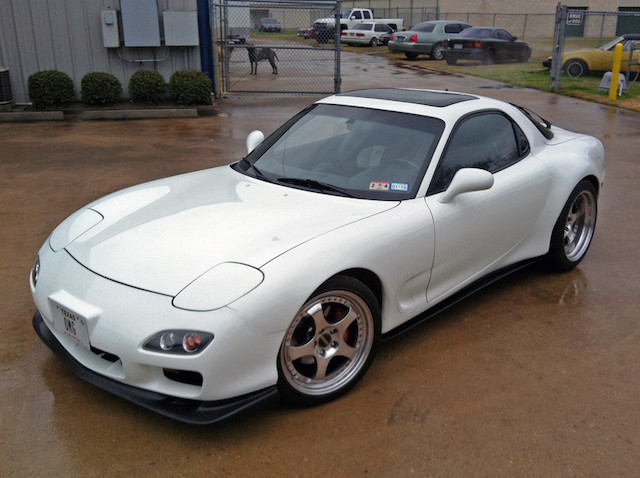 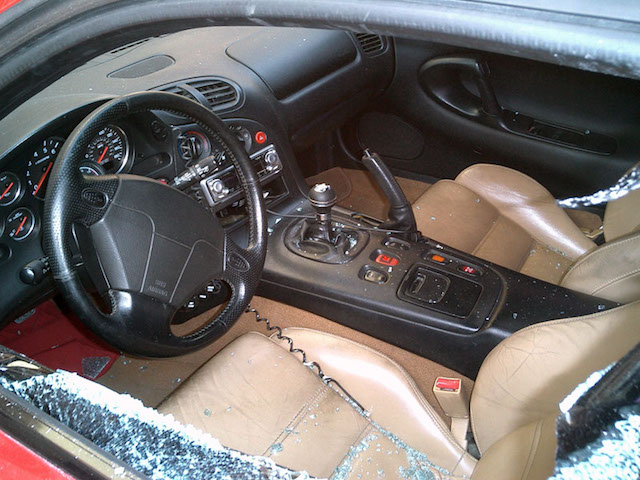 It all started when some crook smashed out the driver’s side window to steal a radar detector. 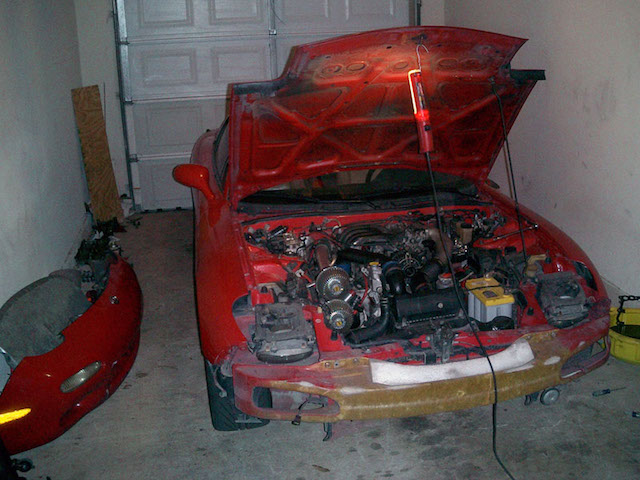 One thing led to another, and the owner bought a donor car, but then decided to put a V8 in it. The rest is history from there. 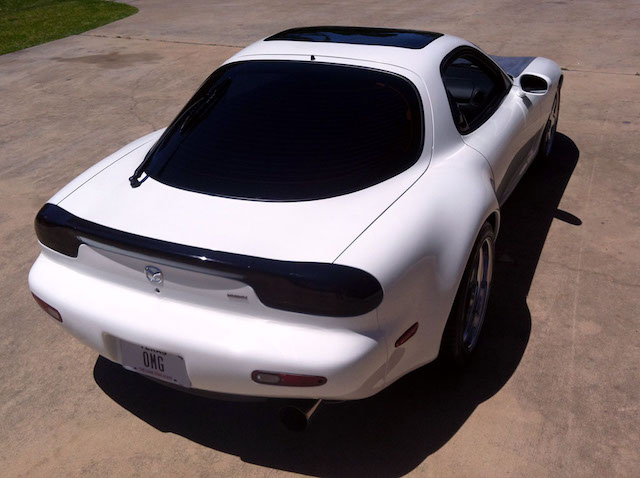 Here’s an overview of the specs: 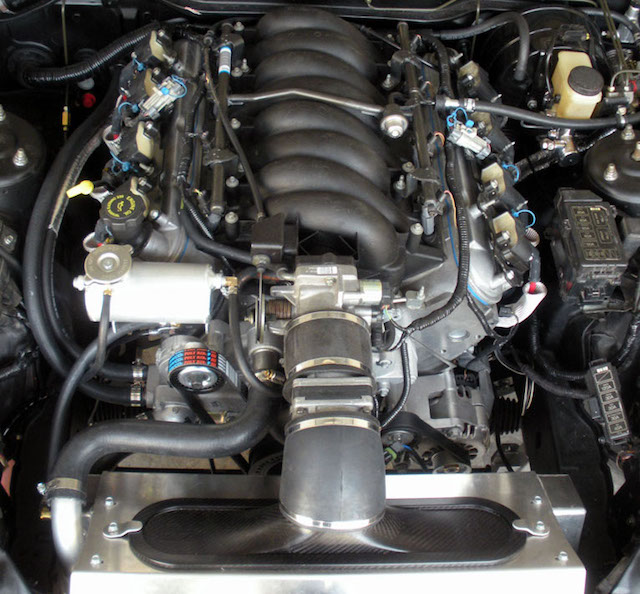 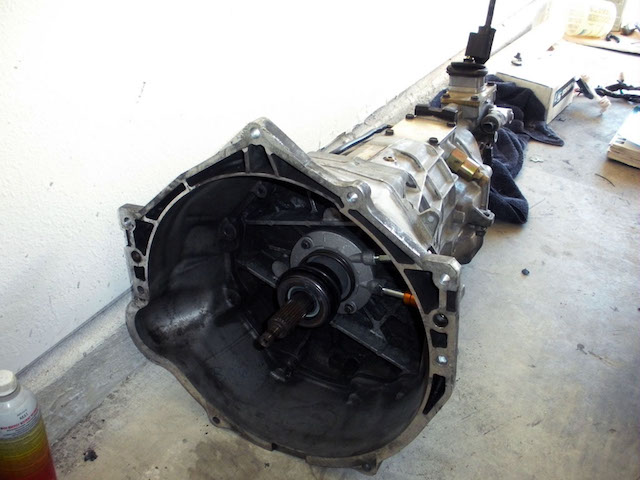 The engine is backed by a T-56 transmission from a 4th gen Camaro. 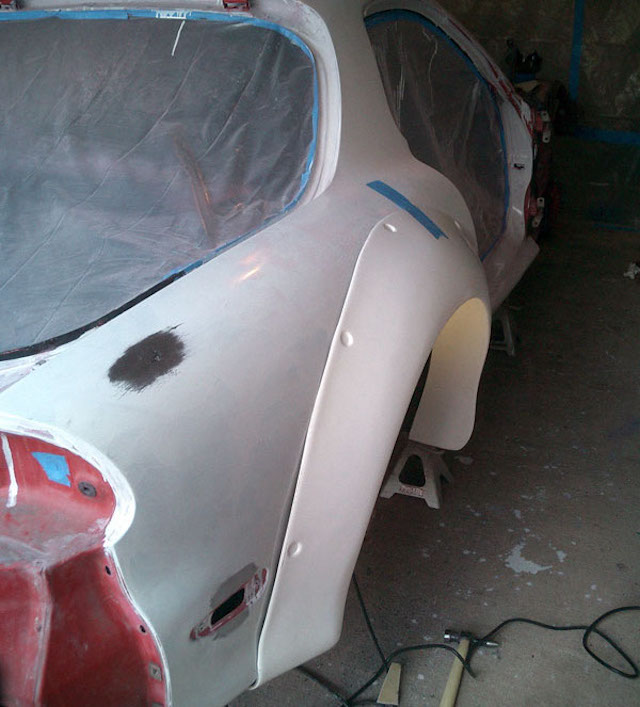 The engine isn’t the only thing extreme about this build, it’s a one of kind, custom widebody car that looks amazing.

It has full a/c and interior, but is lacking a few other typical “daily driver” things like power steering, ABS, airbags, and rear speakers.

All of the controls and gauges are functional, and the interior is in ‘perfect condition’ throughout. 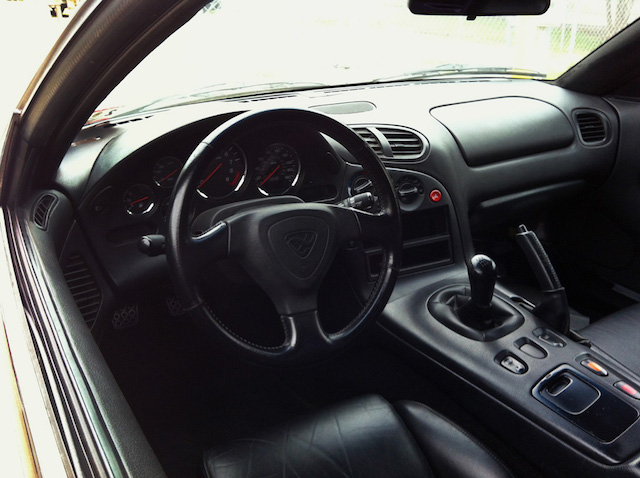 A lot of the interior parts are new from Mazda. 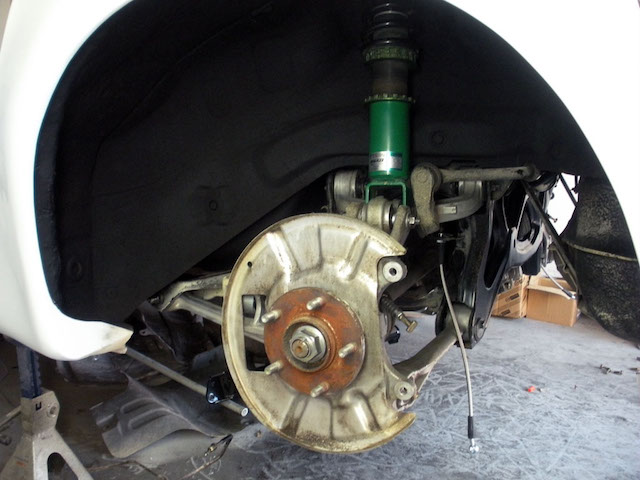 It has upgrades to the suspension and 4.10:1 gearing in the rear.

While it may have a monster engine, 6-speed transmission, and custom body, it’s a daily driven car.

The owner even mentions throughout the build that he routinely drops his son off at daycare in it - that kid is probably the most popular child in the class. 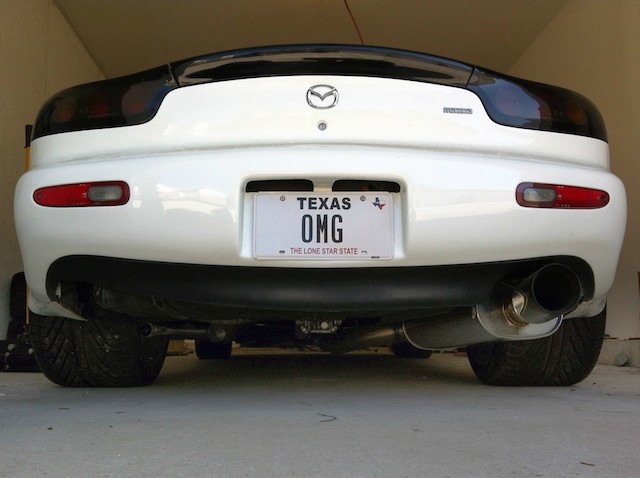 However, he does note that it’s not totally practical - getting poor city mileage and having poor ground clearance. 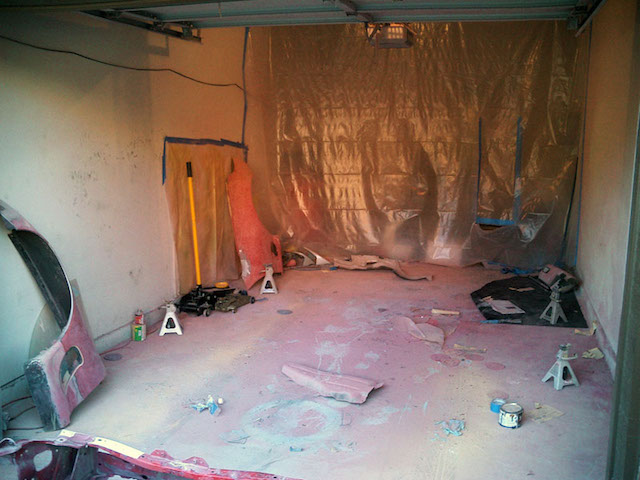 The most impressive part of this car is that the owner did everything himself - from the engine swap, to the wiring, to the body work. All aspects that would usually require a seasoned specialist in a shop full of tools, but this still came out looking extremely well-done and professional.