Did you know that Mazda’s 100th birthday is coming up? Once January 2020 rolls around, Mazda will join the exclusive centenarian club, which already has Ford, General Motors, and Mercedes-Benz as members. It’s a milestone not many companies reach and it should be honored and celebrated when the time comes.

What the heck? We’re going to start celebrating now!

Let’s take a stroll down memory lane with this timeline of all the cool things our favorite automaker has done over the years:

1920 – The Company Is Founded As A Cork Manufacturer

1931 – The Company Creates Its First Vehicle: The Mazda-Go 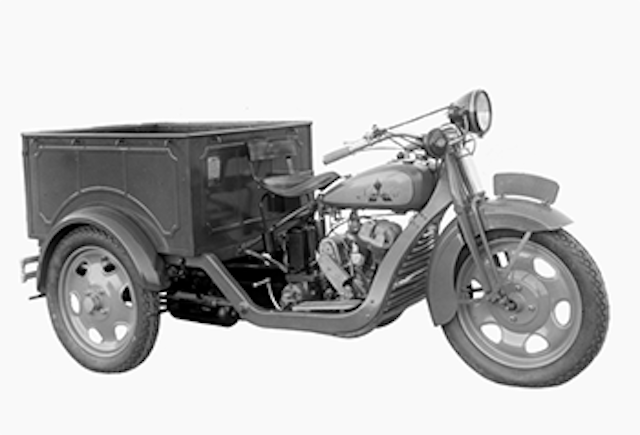 The Mazda-go: a tricycle truck.

Mazda decided to ditch corks and move into vehicle manufacturing. In 1931, they built 66 units of their very first vehicle ever, a tricycle truck called Mazda-go.

They decided to name the company after Ahura Mazda, the god of harmony, intelligence, and wisdom from one of the first civilizations in West Asia. They eventually changed the name to Mazda Motor Corporation in 1984.

Check out how their logo has evolved over the years:

Mazda’s first logo and the Mazda brand symbol was created a few years later and was featured alongside the first logo.

Mazda’s second logo, used from 1954-74, and second brand symbol which replaced the first one in 1959 and was featured on the Mazda R360 coupe and passenger cars until 1974.

It’s a two-seat sports car called the Cosmo Sport. The engine pushed 110 horsepower and could hit a quarter-mile in 16.3 seconds, which was an impressive feat in the 1960s. Check out a few of the earliest ads Mazda ran for the Cosmo: 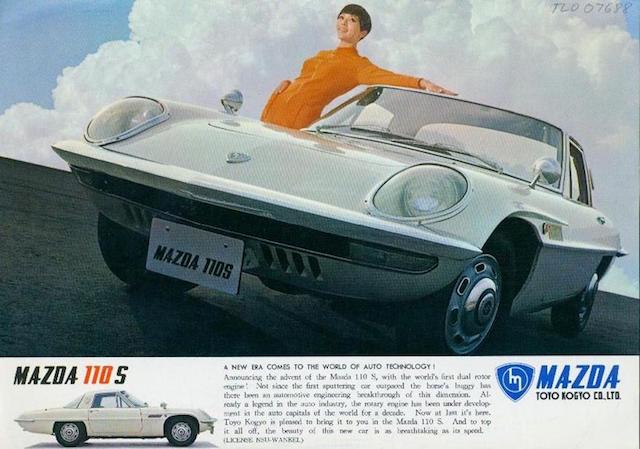 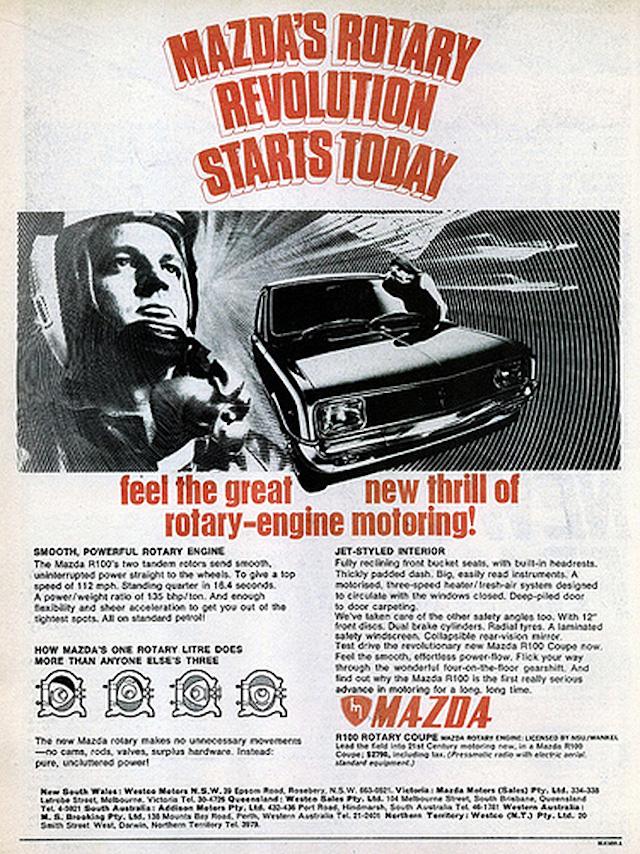 1970 – Mazda Starts Exporting Vehicles To The US

It was a glorious year for us Americans! In 1971, Mazda established Mazda Motor of America (MMA) and officially became one of America’s main auto manufacturers. Only nine years later, in 1979, one million Mazda vehicles had been exported to the US, and that number shot up to 5 million by 1981. Here are some of our favorite ads Mazda ran in the US: 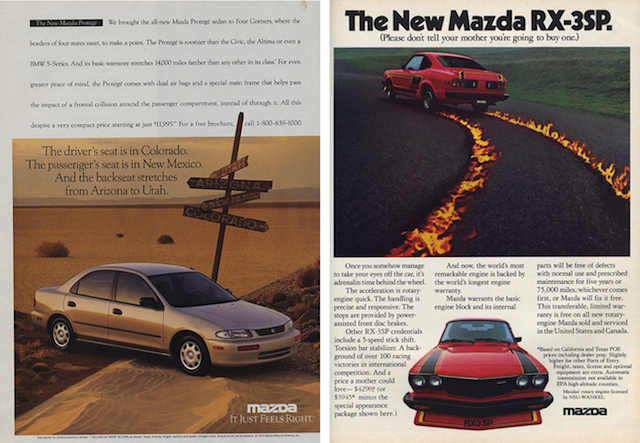 By the time 1987 rolled around, Mazda had a wide variety of vehicles under its belt. To see what we mean, feast your eyes on some of the best vintage Mazdas to have ever hit our roads: 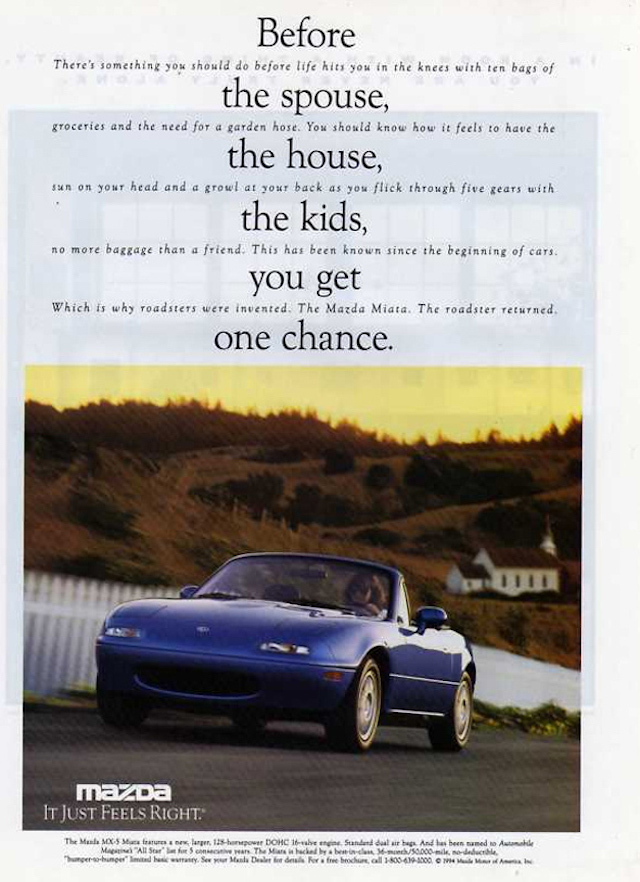 With the goal of attracting younger buyers on a budget, Mazda rolled out the Miata. Little did they know it would become one of their staple cars!

Mazda made history by developing the world’s first HCCI engine, and they dubbed it SKYACTIV-X. They plan to unveil it in 2019.

What a legacy of innovation! It’s no wonder Mazda managed to stick around all these years. Considering all the incredible technological advances Mazda has made recently, we’re really excited to see what they have in store for us in the future!