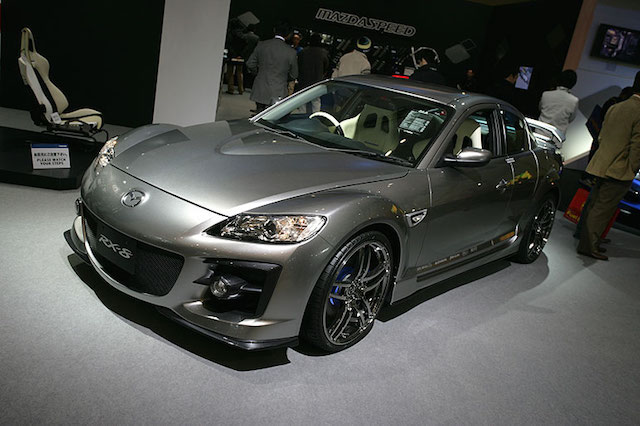 When you consider that sports coupes similar to the RX-8 Mazda are increasingly popular (cars like the Subaru’s BRZ, Ford Mustang, the Hyundai Genesis) - and that these cars are selling at a steady pace, it's hard to understand why Mazda can't bring back the RX-8.

Here's why the old RX-8 was so popular, and why Mazda needs to replace it ASAP.

The RX-8 Was Special 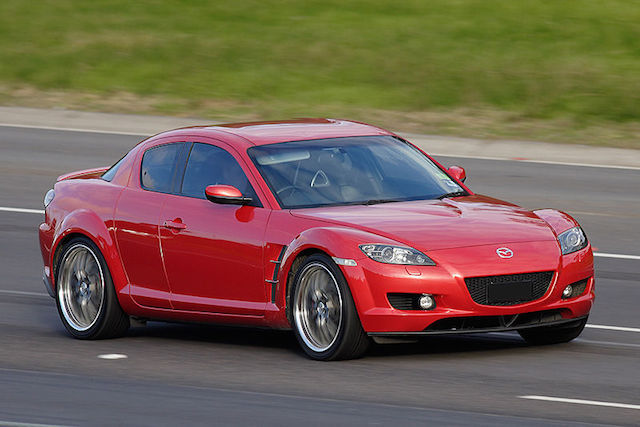 Offered by Mazda from 2004 to 2011, the RX-8's main claim to fame was its innate "fun to drive" quality. When drivers slid behind the wheel, they often compared the experience to driving a race car. While not the most powerful sports coupe on the road - the rotary engine produced only 159lb-ft of torque - the car's combination of handling, excellent feel, and the engine's relatively flat torque curve in the top half of the RPM range made it a blast to drive.

The RX-8 was powered by a lightweight, 1.3-liter RENESIS rotary engine that maxed out at 9,000 RPM (assuming you had a stickshift). With a max of 232hp, the RX-8 wasn't winning many drag races, but it's not as if the car wasn't fast. After all, it only weighed 3100lbs (depending on equipment). What's more, the combination of the high-revving motor and the close-ratio 6-speed manual created a unique driving experience.

As mentioned, the real-wheel drive RX-8 was a wonderful car in the corners. With a double-wishbone suspension up front and a multi-link rear, a low curb weight (3,064 to 3,111lbs), a perfect 50/50 front and rear weight distribution, and a low center of gravity (the lightweight engine helped), the car was quick in the corners. 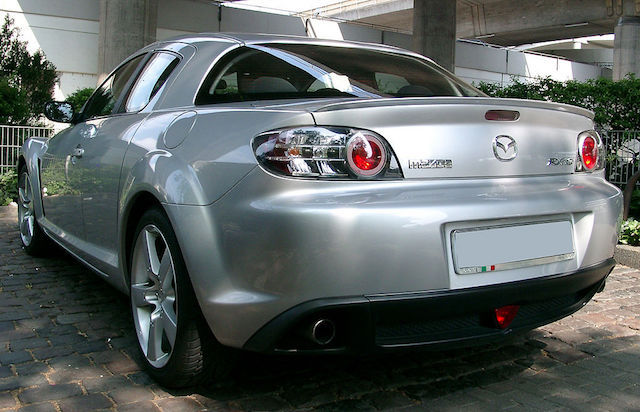 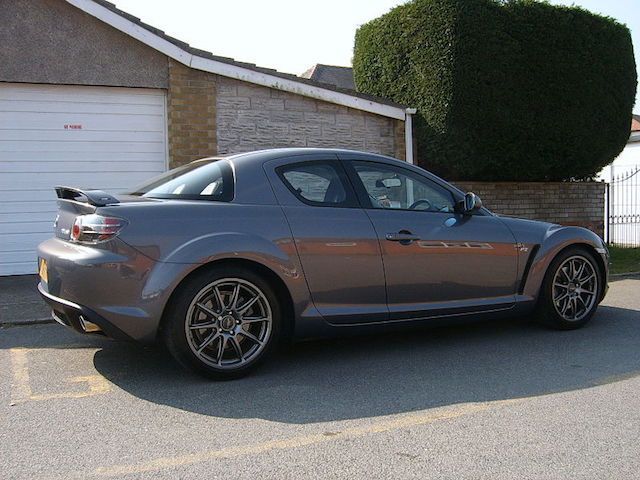 Finally, no discussion of the RX-8 should neglect the vehicle's unique design inside and out: 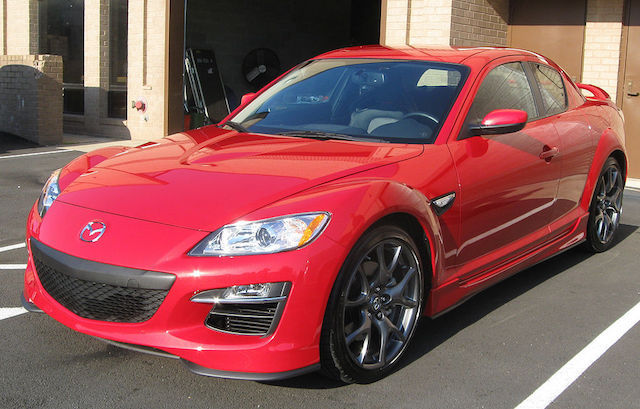 Mazda's rotary engine offered two big advantages over comparable, standard 4-stroke gas engines - smooth power delivery and a high revving engine - but it had two big shortcomings: emissions and fuel economy. This is because the Wankel rotary engine is inherently less efficient than other engine designs. As a result, looming emissions regulations and fuel economy mandate led Mazda to cancel the low-volume vehicle in 2010 (not to mention, there was a global financial meltdown in 2008 that definitely didn't help sales).

But fuel economy rules and emissions regulations just might be the RX-8's salvation, assuming it's reincarnated as a hybrid engined RX-9. It's been rumored that Mazda is going to offer a combination hybrid/rotary-powered coupe, and it's been announced that Toyota and Mazda will be sharing hybrid technology, fuel cell technology, and more. Finally, we know that the RX-8 and MX-5 shared a platform, and Mazda has a shiny new iteration of the MX-5 that should be easily adapted for use as an RX-9.

A combination rotary/electric powertrain could be just what the new RX-9 needs to be a success. The electric motor could provide more low-end torque than the standard rotary, while the high-revving rotary could provide all the power once revs hit 4,000 or so. That might make for a faster RX that's also fuel-efficient and emissions compliant.

But whatever Mazda decides to do, we hope they decide to do it quickly. The world needs a new RX.