In 2015, Fiat Chrysler introduced a 2017 model of the 124 Spider at the LA Auto Show. The roadster shares a platform with the Miata and is even manufactured alongside it at Mazda’s Hiroshima plant. Because of the connection, some have nicknamed the new 124 Spider the “Fiata”.

Despite a few similarities, the 124 Spider and the Miata are pretty different. While many experts and auto blogs are already crowning the 124 Spider the champion of the roadsters, when compared side by side, the Miata has an edge. Here’s why: 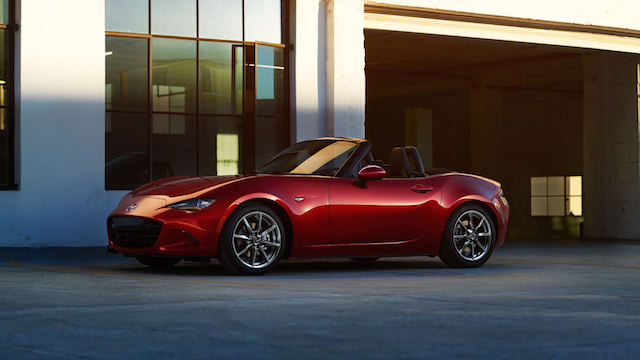 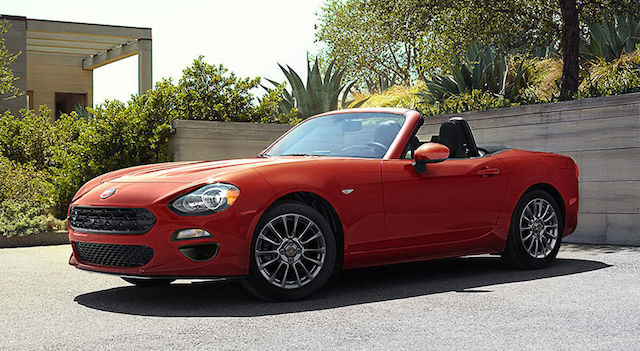 The Miata (top) has a sportier and more aggressive look than the 124 Spider  (bottom).

Though the two cars share the same platform, their aesthetics go completely different directions. Let’s start with the 124 Spider. It sports a more rounded headlight appearance, an upper and lower grille, and fog lights that sit to the sides of the lower grille.

The Miata’s front is more sculpted, and sharper lines can be seen in the headlight, side vent, and hood designs. The typical Kodo grille sits up front, making for an overall aggressive appearance. Point blank, its angular body is a more attractive choice compared to the conventional look of the 124 Spider. It's sure to be a classic.

While the 124 Spider and the Miata have an identical 90.9-inch wheelbase, the Fiat is more than 5 inches longer than the Miata thanks to its exaggerated overhangs. It’s also a smidge wider and a full 104 pounds heavier when equipped with a manual transmission (this shrinks to 95 pounds with the automatic transmission). As explained below, this extra weight ultimately hurts the 124 Spider. 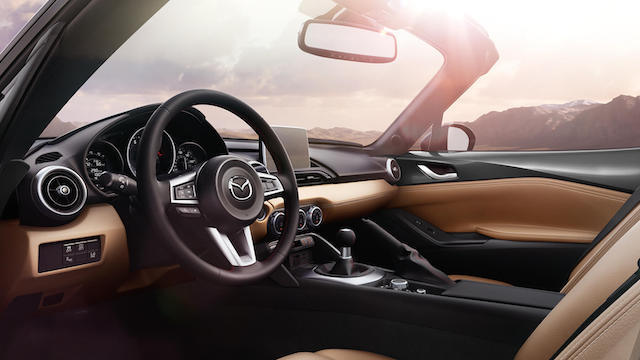 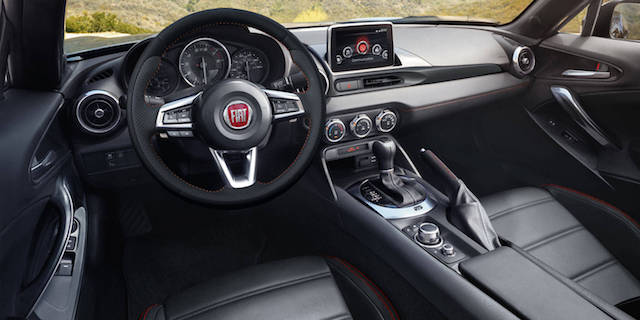 At first glance, you might swear the cabins in the Mazda and the Fiat are the same thing. In fact, the dimensions for headroom, legroom, and hip room are exactly the same—the only difference is in shoulder room, with the Miata edging out the 124 Spider 52.2 inches to 52.1 inches. The most apparent difference between the two is the Fiat’s use of soft-touch materials on the dash, which simply aren’t as durable as the hard plastic in the Miata.

The 124 Spider is the new kid on the block, the rookie who's getting ready to step on the field for the first time since draft day. Meanwhile, the Miata MX-5 has garnered a number of awards in its lifetime. for the 2016 model year alone, the Miata has snagged these awards:

The car game isn't an "everyone goes home with a trophy" kind of deal. It means a lot when established publications such as Jalopnik say, "This might just be the best performance car you can buy. Period."

The 124 Spider may very well be the next great sports car. But for now, the Miata reigns supreme. Our advice? Don't start the unproven rookie over the MVP.

While the 124 Spider’s resurgence is a welcome addition to the roadster market, it’s very similar—if not a little behind—that of the Miata. Let’s give it a few more years to catch up. For now, we’d bet on the Miata.