The axle assembly is one of these parts that, when not working properly, the car ceases to move at all. Because of that, we can’t stress enough how important it is to know the symptoms of a failing Mazda axle assembly. You should replace the axle assembly if necessary.

What Happens When Your Axle Assembly Completely Fails? 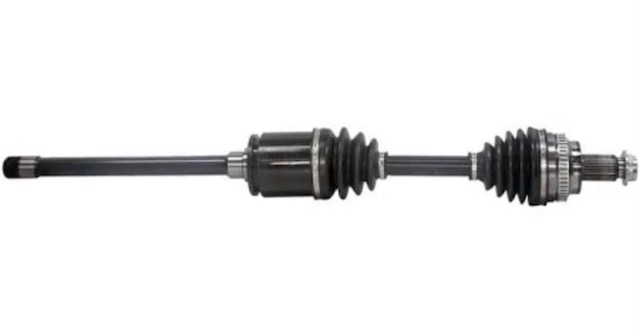 If an axle assembly on your Mazda fails completely on the road, your car will no longer be drivable. This could leave you stranded. Try to diagnose a bad axle assembly as soon as you notice the symptoms.

Symptoms of a Failing Axle Assembly

Here are several clues that one of your axles (whether it's a drive or dead axle) could be going out: 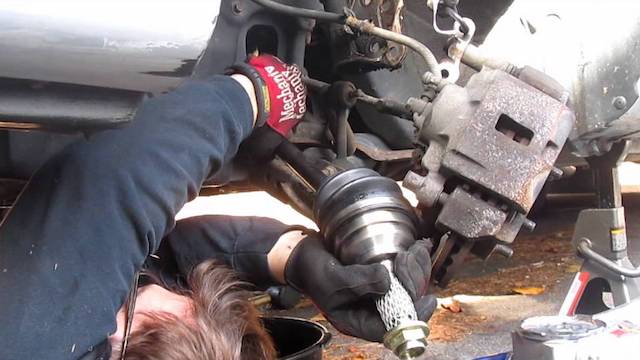 Also called a CV axle, there are two drive axles in the front of your car. Each axle connects the transaxle to one of the front wheels. On some cars the axles may be identical, but often times the axle on one side is a different length than the one on the other side.

The symptoms listed above should give you an idea of what’s going on with your axle assembly, but it’s always a good idea to confirm the issue. To do this you need to do a visual inspection.

If you find any sort of damage to your drive axle, then it likely needs to be replaced as soon as possible.

Front wheel drive Mazdas that have independent rear suspension have no rear axle at all. Some older Mazda's do have a dead axle in the rear. The dead axle has a much simpler design than a drive axle. It's basically just a steel beam that holds both of your rear wheels together and bears some of the weight of the vehicle. It's not attached to the transmission, so no power is transmitted to it.

To see if your rear axle assembly has any issues, you need to do a visual inspection.

If your Mazda rear axle assembly looks damaged in any way, then it's a good idea to replace it as soon as possible. Dead axles rarely ever fail, but the inspection is quick and easy to do.

What if You Have a Failing Axle Assembly?

Whether you have a failing drive or dead axle assembly, we recommend replacing it as soon as possible. You could always take apart your damaged axle assembly and replace only the broken component(s). But it's so much quicker and easier to replace the entire assembly once you confirm that it has issues.

If you're looking to save some money, we carry genuine OEM Mazda axle assemblies at deeply discounted prices. Check out some of our best sellers!

Replacing your axle assembly is something you can definitely do at home with a car lift (or jack stands) and the right tools. Here's a tutorial on replacing a Mazda 6 axle assembly.