EVENTS IN THE USA/CANADA 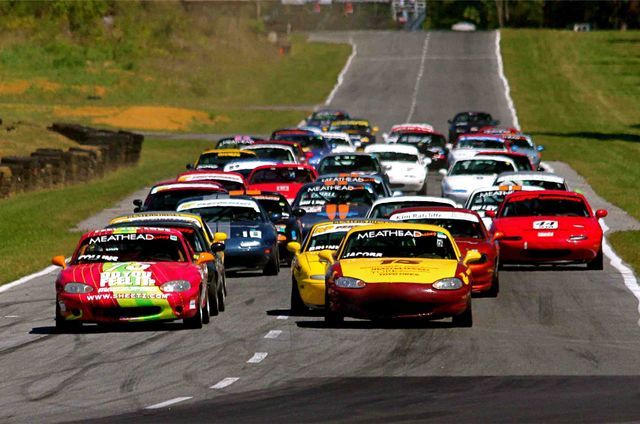 In order to ensure all vehicles meet the requirements of equality and low cost, rigorous rules limit modifications to every aspect of the vehicle. Mazda provides upgraded intake, exhaust, and suspension parts to ensure all racers have the same basic setup, and safety rules require installation of a roll cage, race seat, removal of glass and convertible top, etc. You can read the rules here, and you can find NASA Spec Miata cars for sale during the off-season here to get a sense of what's involved in building a Spec Miata race car. While racing is never cheap, Spec Miata racing is relatively affordable.

SuperMiata - http://supermiata.com/ - Similar to Spec Miata in that racing is intended to be affordable, but not as restrictive in terms of specs or modifications. 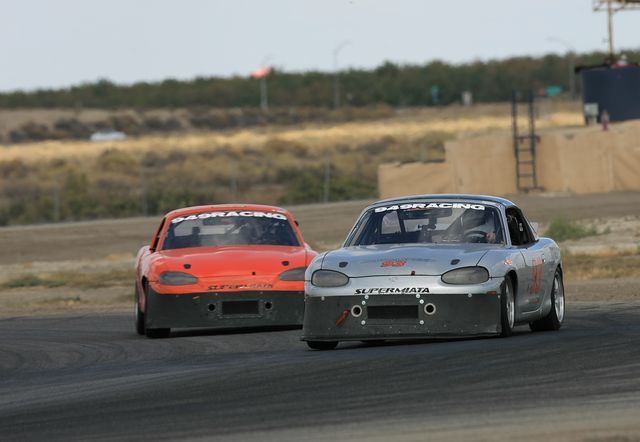 SuperMiata series cars can have various after-market parts, don't have to strictly adhere to engine/model year rules, and allow for modifications to the cooling system, engine hood, etc. that really help with engine durability. SuperMiata requires some aerodynamic modifications, as well as safety upgrades, but nothing outrageous. The series is designed to make it easy for Spec Miata cars to transition over to SuperMiata. There's a good forum thread here that will introduce you to the basics, as will a review of the rules on SuperMiata.com.

Miata Challenge - http://supermiata.com/miata-challenge/ - Part of the SuperMiata, this is a fun and simple time trial series that is hosted at Speed Ventures events. 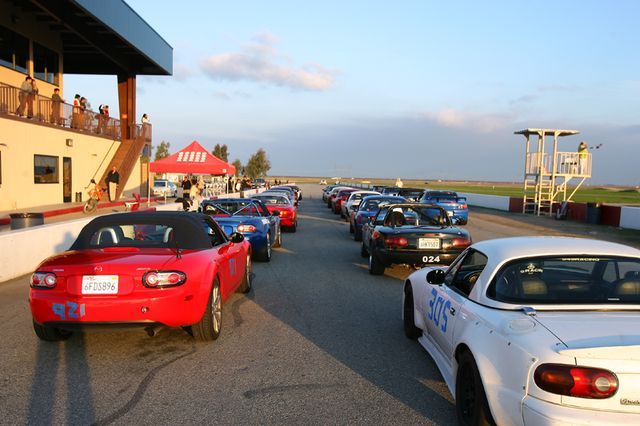 The Miata Challenge is an event that any Miata can participate in. Within the challenge are four different classes for various stage of modification -- find more information on this at their rules page. There aren't very strict specifications to enter, but standard HPDE safety equipment is required. Cars must have a 4 point roll bar, the driver must wear a Snell SA2005 or newer helmet, and the vehicle must be able to pass tech inspection.

Official MX-5 Cup - http://www.mx-5cup.com/ - The MX-5 Cup is a series of all-day racing events - not for the faint of heart! This is mainly a pro-level series, and the only way to get in it is by attending Skip Barber Racing School. 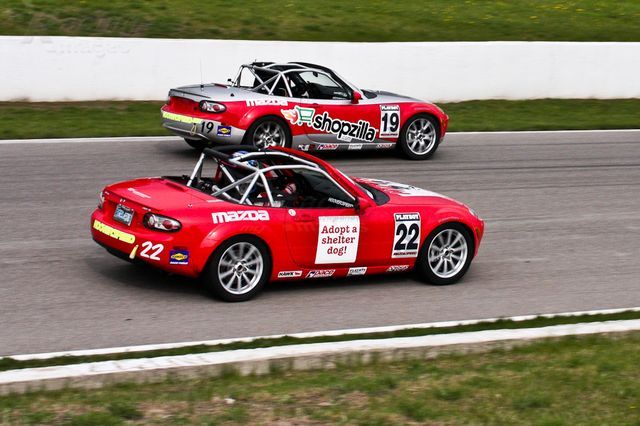 Consisting of 6 different races in 2015, this series is hosted at a series of venues across North America. Starting with a 12 hour event in Florida, spanning across locations all the way into Canada, and ending at Road Atlanta for the final two rounds -- only the best will make it all the way through.

SCCA Sanctioned Autocross - http://www.scca.com/solo/- This event is not specific to the Mazda Miata, but is frequently overrun with them! The low hazard Solo events force the drivers to really up their game and bring a car with exceptional handling characteristics — hence the strong presence of the Miata. 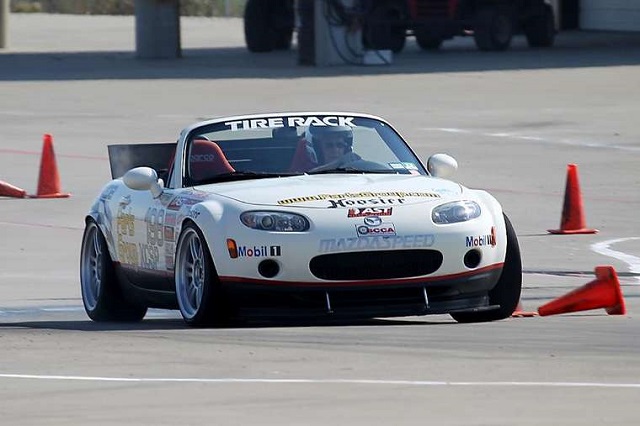 The Solo autocross events take tour across the country every year. Practically any car that’s mechanically sound can compete in the Solo events. There are five different classes of competition, mainly classified by the level of modification to the vehicle.

EVENTS IN THE UK

It only took about two years for MaX5 Racing to make its mark in the UK, gaining championship stays by 2005. This series of events is based on the original MX-5 Championship -- run by Mazda in the UK in 1990 and 1991. It also closely mimics the American Miata MX-5 Championship. The point of this event is to attract both new and highly experienced racers to compete in this highly organized championship. More information for drivers and where to find the rules can be found here. 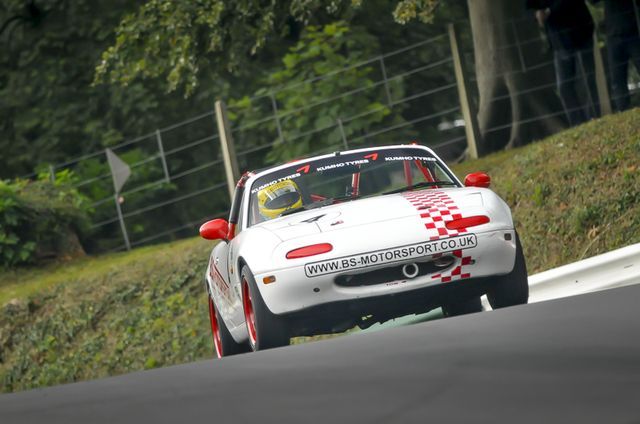 From the minds of MX-5 racing in Europe, this race series puts focus on driving skill over mechanical builds. It is a one make event for the mk1 Mazda MX-5. This event is highly regulated and many use it as a catalyst to hone their driving ability and move on to other championships. 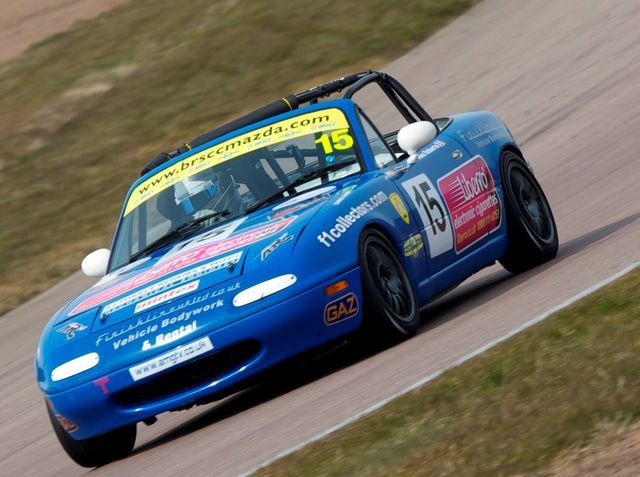 This series is made for beginners and people just getting into racing with their MX-5. All events start with a 20-minute qualifying session and 20-minute races. These races are broadcast on TV and also offer racers a chance to socialize and learn from one another. Regulations are strict and very few modifications are allowed to the cars, making it a great way for drivers to test their skills. 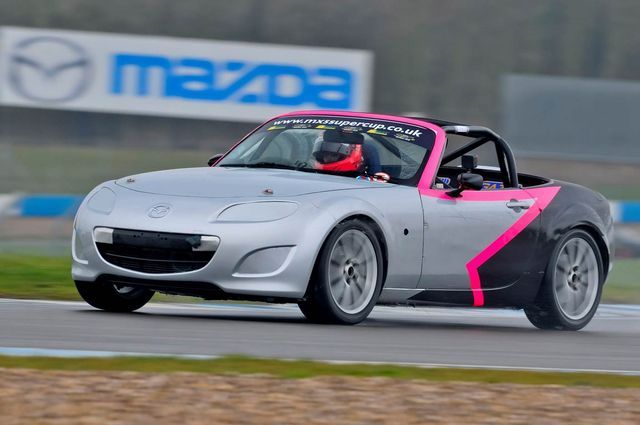 Made for both beginners and experienced drivers, the MX-5 SuperCup takes place over 8 different circuits in the UK. Race weekends all include 20 minute qualifying sessions and 20 minute races. For more information on registration and regulations, check the download page here.

MX-5 Cup - http://nsw.mx5.com.au/motorsport/mx-5-cup - This is the only MX-5 racing series in Australia and offers five different classes of competition for MX-5 drivers. 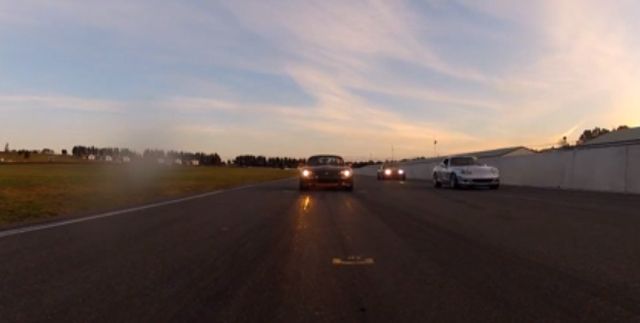 The MX-5 CUP is meant to offer a way for racers to participate in an annual series that is high in competition and low in cost. It welcomes newcomers and provides resources for those just getting into the racing world. The winner is the racer who accumulates the most points and can come from any of the five classes. The CUP is open to any qualifying MX-5.

MX-5 Nationals - http://nsw.mx5.com.au/motorsport/mx-5-nationals - This competition is packed with many racing events over one weekend. It is hosted by the MX-5 Club of NSW. 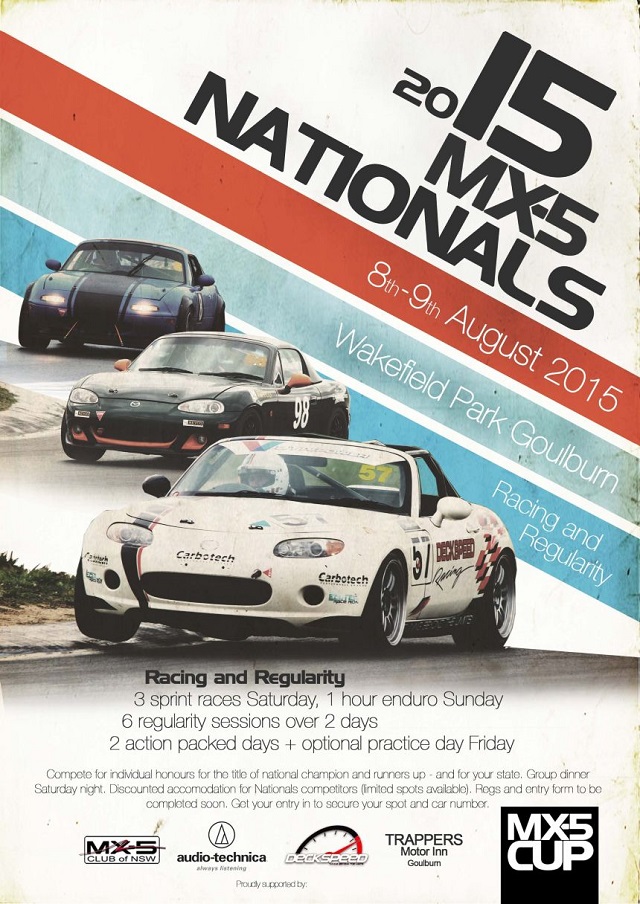 This single make event is open only to Mazda MX-5s and Imported Mazda Miatas. It kicks off with a practice day on Friday, and then rolls into a weekend full of races. Drivers compete for individual honors and the title of national champion.